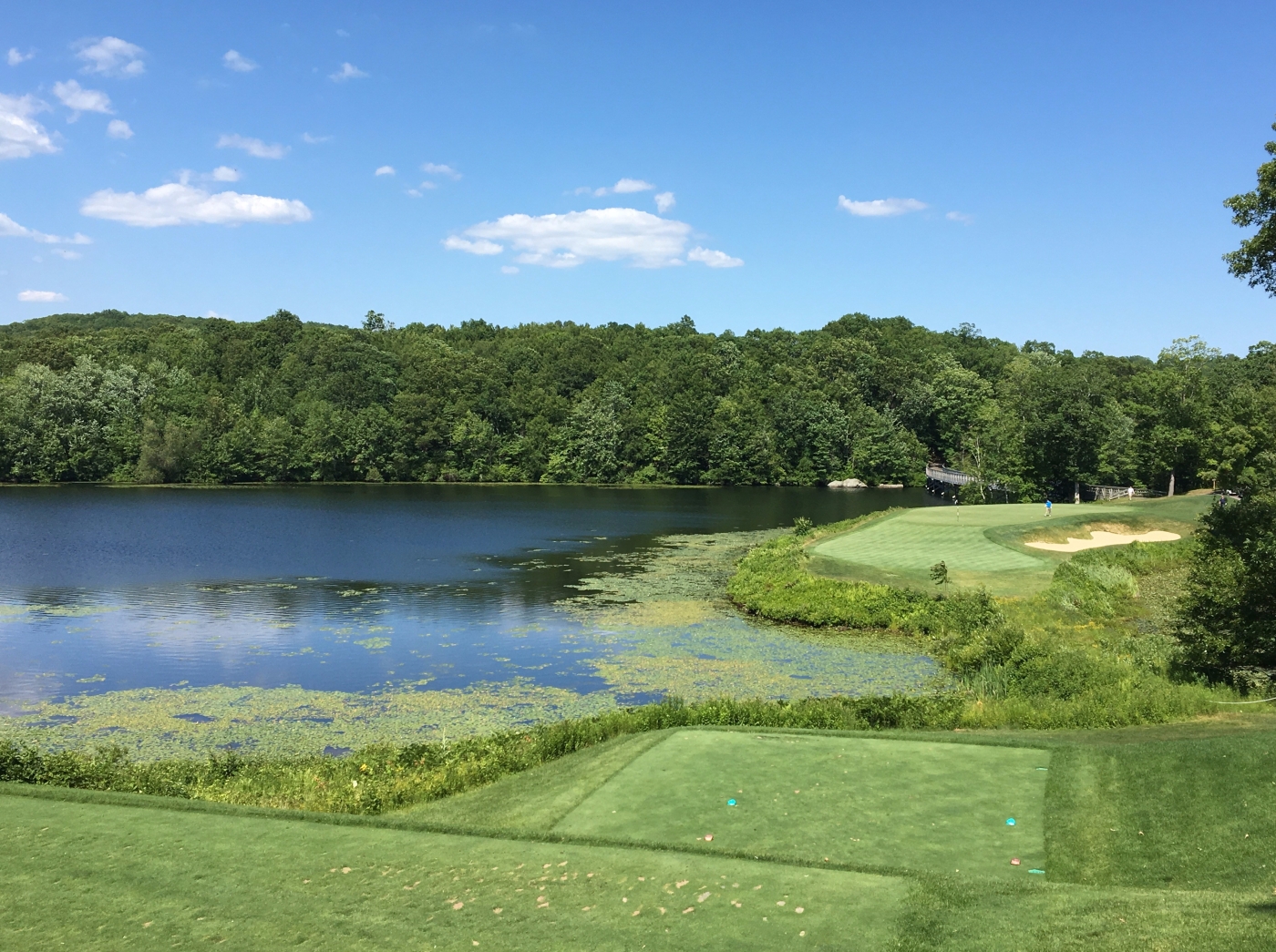 To give you a bit of context…

The seeds of this blog were sewn long ago when I received my first set of clubs, but we can fast forward to the summer of 2016 when the metaphorical water and sunlight were added to the mix. I hadn’t golfed much that year as my lovely wife Meghan and I planned for our August nuptials. I obviously wasn’t complaining about wedding prep, but the lack of golf became the water in this heavily-worded metaphor.

Then, in late July, I happened upon a magical link – a needle amidst the haystack of results from a random Google search. The link even seemed to glow as I consumed it’s beautiful subject matter. I clicked the link and in that moment the clouds parted, the sun shone down on my head, and I swear I heard a choir sing, “I’ve got a golden ticket.”

Feel free to read the details for yourself, but I’ll summarize: what a freakin’ deal. The New England Chapter of the National Golf Course Owners Association offers a limited number of these Golden Passports annually, which gives you one round (a mix of foursomes and twosomes) at  43 golf courses around New England for one price. No, I’m not kidding.

So if you haven’t figured it out yet, I got a Golden Passport that year, along with my brother (Shane) and brother-in-law-to-be (Chris), which finally brings us to the mission at hand: “we’re going to play all 42 of these courses before the end of the golf season.” Those of you in warmer climates are probably questioning the magnitude of this feat, but my fellow New Englanders know golf “season” can often be a moving target. With the help of my fellow golfaholic friends and family – I’m going to experience all that New England golf has to offer, and bring you along for the ride.

The end result? Well, it turned out to be more difficult than originally thought, as we only made it to 25 of the 42 as a group. However, we’ve been New England sports fans for way too long to just lay down and quit. We’re going for it again in 2018, and we’re taking all the help we can get. If you want to join the fun, or are heading to any of the courses on the list, shoot me a note, email, tweet, DM, or some other communication and we’ll make it work.

So follow along and join in, if you feel so inspired. All of our contact info and social media accounts are listed here. Don’t be shy.