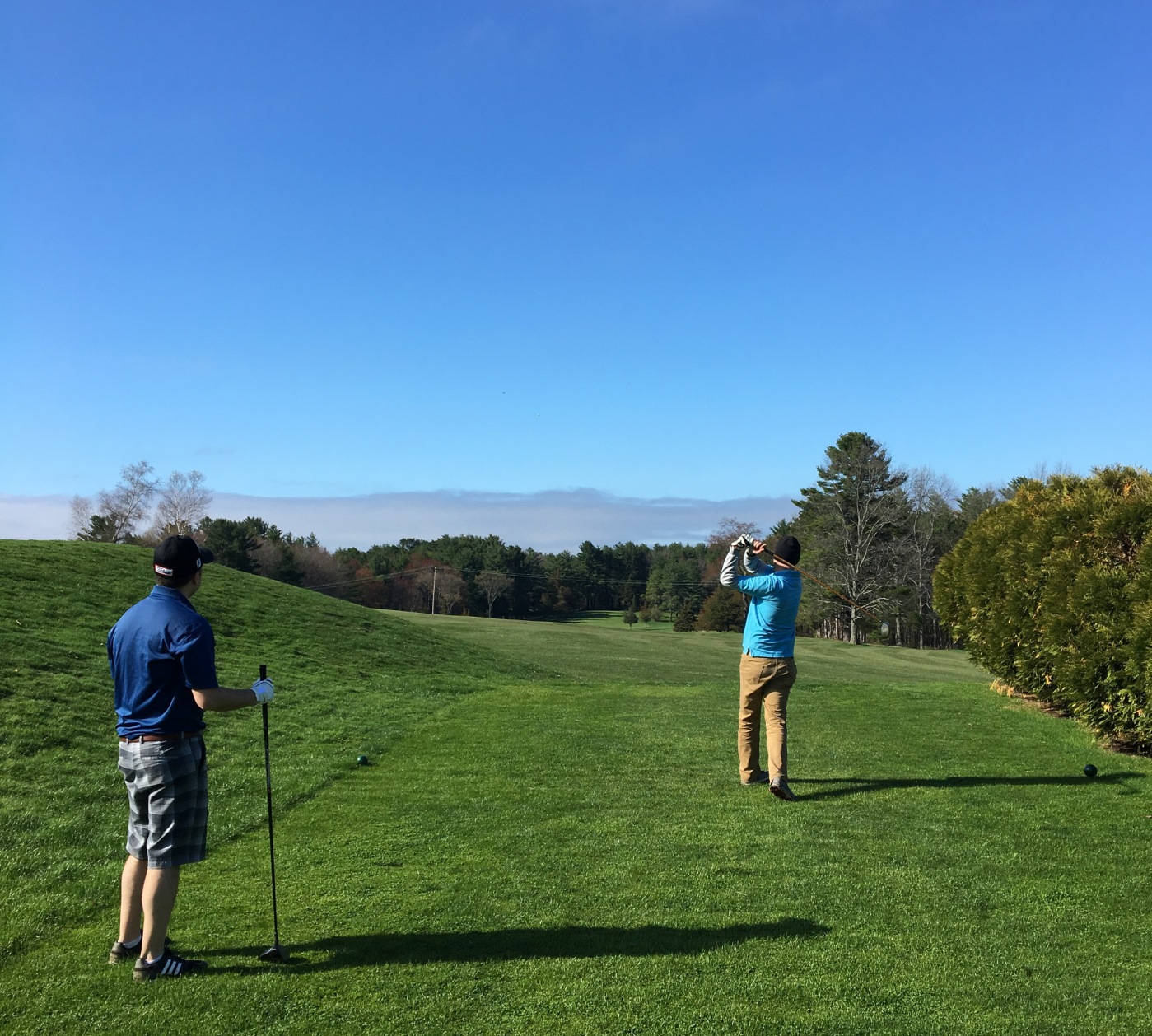 Why Have I Never Been Here Before?!?

The golf bug was biting me bad this last month, so I planned a long weekend for myself to squeeze in a few rounds. Day one was pretty much a wash (although I was able to walk 9-holes between the raindrops), but I was NOT going to let the weather take another day from me.

Of all the courses on the list, this was one I had my eye on as it’s seemed to evaded me over the years. For as long as I’ve been obsessed with golf, any time I’ve been on I-95 and passed THAT farm next to a golf course along the highway I’ve thought, “some day I really have to check THAT place out.” As a man of my word (see Round 2 Recap) I followed through on that notion, so here’s a little about THAT day.

It was a little touch and go all morning, but the clouds finally parted and gave us a round with good weather. Still being early in the season there weren’t a ton of people out, so we were able to get on the tee as soon as we arrived and had ample opportunity to take in the scenery. As you might have guessed by my opening, the presence of I-95 is noticeable on the first few holes, but once you get passed 6 you wouldn’t even know it was there.

I like to point out the good influence that enjoying the game of golf has on people, and today we’ll touch on being fair to one another. In our last round recap from Sagamore Springs we featured a clip of Steven’s epic club-slip and ONLY because it was the only one we were able to record. So in the interest of FAIRNESS, I present to you the one video he took of me during this round, which is undeniably an instant classic:

And just to show I’m really fair, here’s a little cut I put together to show you all that Steven can actually keep the club in his hands.

I have no shame in posting That quality duff either, it happens to everyone. Obviously some more often than others, but I watched Jordan Spieth put the ball in the water at Augusta a bunch of times on live TV, so no one is impervious to a good duff. (EDITORS NOTE: Nothing personal kid, just the first thing that popped in my head.)

As for the competitive nature of this round, it was limited to individual battles against our own selves, but it was more about being able to enjoy the weather. Steven and I played pretty close to our standards, and consistent from front to back. (40+40=80 and 44+43=87, respectively.) Gleason was playing his first round of the year, but it only took him 9 holes to find his game after the long winter (49+39=88) and he cleaned-up on the back nine.

There were some soggy spots with all the rain from the previous few days, causing a few detours along the way, but the course was in great shape. It’s a lot of fun with some tricky shots and plenty of trees, but open enough to keep (most of) you in play. It’s a shame it took me so long to make it out because this little gem was worth the trip, and I’ll definitely be making me way back.

Before we close here’s a new feature I’ll be working on as the year goes along: the O:GP CartCam. (Working title)

So that completes the last leg of the ‘Sagamore Swing’ portion of the list – but this was only the beginning of my golfing staycation. Check back for my next recap for something a little closer to home… Below area a few more shots from the course.